Today I was thinking about stars.  Because…well, doesn’t everybody?  So I did a little reading to brush up on my knowledge of the life cycle of the star.  Since we see so many stars in the sky, we may think of them as commonplace.  But some pretty extraordinary stuff happens during a star’s lifetime.

A star is born when a large cloud (light years across) collapses under its own gravity.  Very cold temperatures soon warm up as atoms “fall” toward the center, growing closer together and rubbing against each other.  Some of the generated heat remains trapped inside.  The temperature and pressure ignite nuclear reactions. 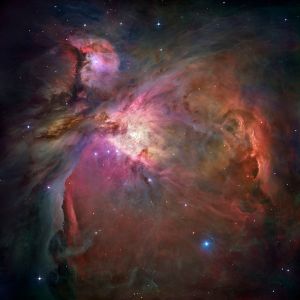 The nuclear reactions produce fusion.  The star works at turning hydrogen into helium.  It produces energy.  All the heat and light we receive from the sun come from these fusion reactions.

Eventually a star runs out of hydrogen to burn.  When this happens, a variety of deaths await the star – depending on its size.  Smaller stars “burn out,” cool down, shed outer layers (such as the red giant shedding a new nebula seen below.)  Larger stars end in supernovae explosions, sometimes forming black holes. 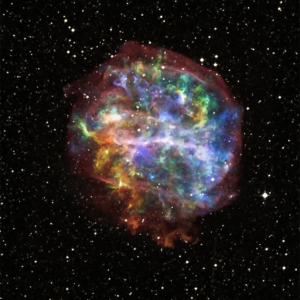 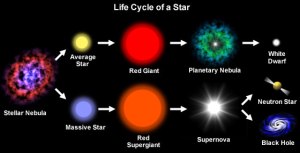 Lifecycle of a Star, Credit: http://www.schoolsobservatory.org.uk/astro/stars/lifecycle

High above our heads in the summer evenings is the constellation Cygnus – the Swan.  It’s a memorable landmark of the summer sky.  It’s brightest stars form what look like a cross, so it is also known as the Northern Cross.

Though you can’t see them all with the naked eye, there’s some pretty amazing objects found in the sky space of this constellation.  The stars that make up Cygnus include supergiants and binary stars (two stars that orbit around each other.) There are remnants of a supernova explosion and some mysteriously possible black holes or quark stars.  Cygnus also has around 100 stars that have known planets orbiting them, including the first earth-like planet to be found in a star’s habitable zone.

So take a look upward tonight – look for the cross topped with one of the brightest stars in the evening sky (Deneb, a white supergiant!)  See Cygnus flying down the Milky Way. 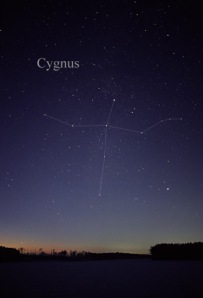 The constellation Cygnus as it can be seen by the naked eye. Credit: http://en.wikipedia.org/wiki/Cygnus_(constellation)